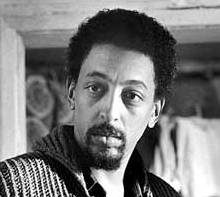 Gregory Oliver Hines was born in New York in 1946. The family lived on Sugar Hill, home of black entertainers, on Harlem’s West 150th Street. His grandmother had danced at the Cotton Club in the 1920s, and his father was a respected drummer who performed in many legendary venues, including the Savoy Ballroom. It was an upbringing saturated in jazz – his mother saw dance as a path to social mobility, and encouraged Hines’s elder brother Maurice Jr to take up tap at the age of four. Gregory eagerly followed suit, and soon the two were under the tutelage of world-renowned tap teacher Henry LeTang. The Hines Kids first professional gig came when Gregory was just six, when they booked a two-week run at the famous Apollo Theatre in Harlem.

The two performed as a double act for several years, aspiring to be the next Nicholas Brothers. In the forward Hines wrote for the book Tap! The Greatest Tap Dance Stars and Their Stories, 1900-1955

, he recalls an overnight train ride he and Maurice took to perform at an “American Guild of Variety Artists” show at the Will Rogers Memorial Hospital, aged 11: “…Bunny [Briggs] came into our berth. He sat down and began to talk to us – about great tap dancers and great acts like Pops ‘n’ Louis, The Chocolateers, Buck and Bubbles, and Bill Robinson, who he knew as a kid. And he started talking about the Nicholas Brothers, and the Berry Brothers, and the Step Brothers, and about the kinds of tap dancers they were, and their approach to rhythm. And over the next three hours, he talked about rhythm, and he talked about the application of it. And he would stand up and demonstrate steps to us.”

The pair learned directly from the greats, getting their unique education on the road, or from the wings of the Apollo. They later changed their names to The Hines Brothers, and when their father Maurice Sr. joined the act they performed as Hines, Hines and Dad.

In 1954 Gregory made his Broadway debut aged 8 with The Girl in the Pink Tights, and continued to tour with the family for many years. In adulthood, after a brief stint in a rock band, he graduated into serious acting. Hines’ first film appearance was in Mel Brooks‘ History of the World: Part I

(2001), for which he won 2002 Image Awards Outstanding Actor in a Television Movie, Mini-Series or Dramatic Special. In a 1987 interview, Mr. Hines said that he made a point of looking for roles written for white actors, preferring their greater scope and dynamics.

On stage, he earned the Theatre World Award as well as a Tony nomination for Eubie! (1979), with additional Tony nominations for Comin’ Uptown (1980), Jelly’s Last Jam and Sophisticated Ladies (1981). In 1992 he won the Tony Award for best actor in a musical, as well as the Drama Desk Award for Best Performance by a Leading Actor in a Musical for Jelly’s Last Jam, based on the life of Jelly Roll Morton. On television, he starred in his own series in 1997 called The Gregory Hines Show on CBS. In 1989, Gregory Hines created the Emmy-nominated “Gregory Hines’ Tap Dance in America,” which he also hosted. The PBS special featured seasoned tap dancers such as Savion Glover and Bunny Briggs. He also co-hosted the Tony Awards ceremony in 1995 and 2002.

However, Mr. Hines never forgot his dance origins and was a tireless advocate for tap in America. In 1988 he lobbied successfully for the creation of a National Tap Dance Day, now celebrated in 40 cities in the United States and in eight other nations. In his acceptance speech in 1996 for an award given him by “Career Transition for Dancers” at its annual benefit gala, he berated the gala’s organizers for not including tap on the program. He was largely influential in bringing tap back to the forefront of entertainment in America throughout the 80s and 90s particularly, bringing then current music trends such as funk and rock to the form. He wrote a signature tune called “Apollo” which includes tacit and stop time, and has been used by tap dancers repeatedly in the years since.

Despite his formal training in dance, Hines spoke often of the masters who influenced him in tap, an art that is largely handed down rather than taught. ”Gregory always thought of himself as a student with the old guys, Chuck Green, Jimmy Slyde, Buster Brown, Lon Chaney, all of the old hoofers, and Sammy Davis Jr. ”In the television special Sammy Davis Jr. 60th Anniversary Show (1990), Hines paid homage to Davis by performing a tap solo. He said “when I was 10 years old…I just idolised you…and so now I feel so much love for you”. He invited Davis onto the stage to dance and trade steps, but when Sammy gave a couple of relaxed three beat shuffles and a double heel click, Hines stopped dancing, knelt down and kissed Davis’ feet. Upon visiting London for the premiere of The Cotton Club in 1984, in which he featured with his brother Maurice, he spotted the last of the jazz hoofers, Will Gaines, and climbed over the packed tables to shake his fellow performer’s hand. He was reverential to the masters who came before him, and used his platform to show their work to the world. He once said: “Sometimes that’s how I feel – when I tap dance for people, they’re not just seeing me, they’re seeing me and they’re seeing Bunny Briggs – Harold and Fayard Nicholas – Gene Kelly – Sandman Sims – Baby Lawrence – Steve Condos – and, of course, Henry LeTang, my teacher.” He was grateful for the direct learning he had from the generation above him, and passed this knowledge down this knowledge to other dancers via several routes, including the Jazz Tap Ensemble, the American Tap Foundation and Manhattan Tap, on which he sat on the board of directors.

Hines is credited with coining the phrase “Improvography” – to mean an improvised routine to music the performer knows well, knows where to highlight, and may repeat certain steps or use sections of existing combinations.

His style undoubtedly borrowed from the masters above him, but revitalised the form. Tap historian Sally Sommer wrote of him: “He purposely obliterated the tempos, ‘throwing down a cascade of taps like pebbles tossed across the floor. In that moment, he aligned tap with the latest free-form experiments in jazz and new music and postmodern dance.”

In addition to his Tony’s and awards listed above, Hines was the recipient of 2003 Emmy Award for Outstanding Performer in an Animated Program for Little Bill, the 1998 Flo-Bert Award—Lifetime Achievement in Tap Dance by the New York Committee To Celebrate National Tap Dance Day, and was inducted into the Tap Dance Hall of fame in 2004.