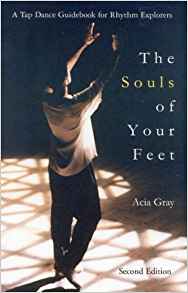 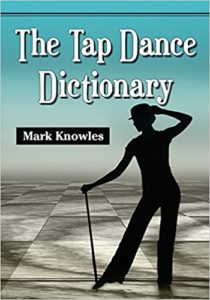 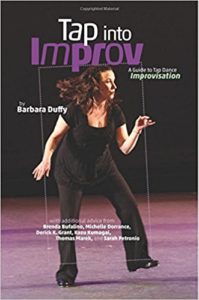 The Souls of Your Feet: A Tap Dance Guidebook for Rhythm Explorers

The Souls of Your Feet is a comprehensive guide to the art and language of tap dance. Complete with basic technique and creative variations, this guidebook shows the beginning dancer how to build a strong foundation in this wonderful American art form as well as expand the experienced dancer’s choreographic and improvisational creativity. Traditional tap dance figures and choruses to include The B.S. Chorus and The Shim Sham Shimmy are some of many basic structures covered in this guidebook. Numerous references are made to the legends of tap dance including Charles “Honi” Coles, Brenda Bufalino, Jimmy Slyde, Sarah Petronio, Savion Glover and many others securing the art form to its historical roots.

The language of tap dancing is as rich and varied as that of any art, and different choreographers, teachers and performers often use totally different terms for exactly the same step. The various names of all steps and clear descriptions of them are collected for the first time in this reference work. The emphasis is on all variations of a name, from universally recognized terms to simple “”pet”” names that individual performers and choreographers have created, with extensive cross-references provided. Each of the steps is fully described, with appropriate counts, explanations and history. Many antique and unusual steps such as the Patting Juba, the Quack and the Swanee Shuffle are included.

Tap Into Improv: A Guide to Tap Dance Improvisation

Tap into Improv is a guide for tap dancers, both students and professionals, which provides tools, ideas, and concepts to help any level of dancer become more expressive in their tap improvisation. The guide contains physical, mental, musical and emotional exercises to be practiced either alone or in a group setting. Barbara Duffy has compiled these ideas from her 27 years of teaching improvisation classes in New York City and in 20 countries. If you are a beginner or a professional tap dancer, this guide presents valuable ideas to expand your creativity and freedom. 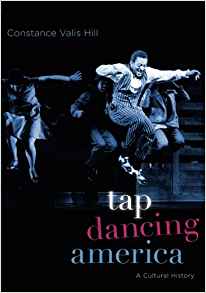 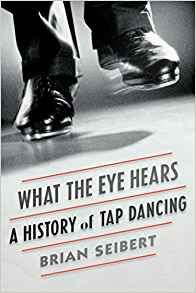 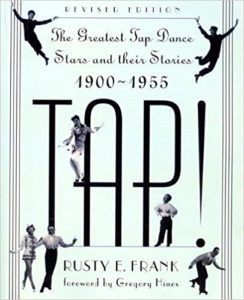 Here is the vibrant, colorful, high-stepping story of tap ― the first comprehensive, fully documented history of a uniquely American art form, exploring all aspects of the intricate musical and social exchange that evolved from Afro-Irish percussive step dances like the jig, gioube, buck-and-wing, and juba to the work of such contemporary tap luminaries as Gregory Hines, Brenda Bufalino, Dianne Walker, and Savion Glover.

What the Eye Hears: A History of Tap Dancing

What the Eye Hears offers an authoritative account of the great American art of tap dancing. Brian Seibert, a dance critic for The New York Times, begins by exploring tap’s origins as a hybrid of the jig and clog dancing and dances brought from Africa by slaves. He tracks tap’s transfer to the stage through blackface minstrelsy and charts its growth as a cousin to jazz in the vaudeville circuits. Seibert chronicles tap’s spread to ubiquity on Broadway and in Hollywood, analyzes its decline after World War II, and celebrates its rediscovery and reinvention by new generations of American and international performers. In the process, we discover how the history of tap dancing is central to any meaningful account of American popular culture.

From the vaudeville era, through the Astaire-Rogers movies, to the intricate artistry of bebop, tap has dominated American dance with its rhythm, originality, and humour. This book collects the voices and memories of thirty of America’s best-loved tap-dance stars and two hundred rare theatre, film, and publicity photographs. Here Shirley Temple recalls her magical duo with Bill “Bojangles” Robinson Fayard Nicholas describes his days at Harlem’s Cotton Club performing with Cab Calloway Fred Kelly visits his and his brother Gene’s Pittsburgh dance studio Hermes Pan reminisces about his work with George Gershwin, Ginger Rogers, and Fred Astaire and, in a chapter new to this edition, Toy and Wing tell about their days as the world’s leading Asian tap duo. Appended with the most comprehensive listing of tap acts, recordings, and films ever compiled, newly updated for this paperback edition, Tap! brings to life the legends of one of America’s most cherished and enduring art forms. 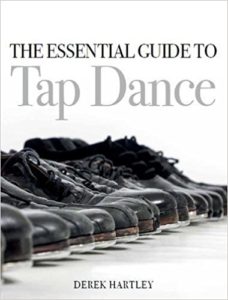 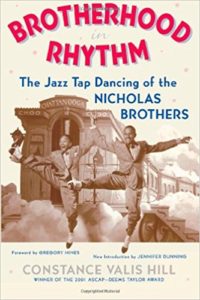 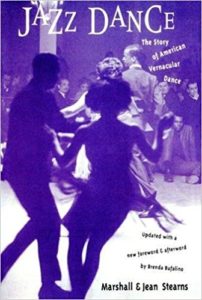 The Essential Guide to Tap Dance

From the propulsive rhythm of the African dancer, to the swinging ragtime of the American jazz age, tap dancing has evolved into a unique blend of cultural expression, improvisation and creativity, open to all ages and abilities. With clear step-by-step instructions, The Essential Guide to Tap Dance covers basic steps such as the shuffle, pick up and paddle, before building these into traditional combinations such as the time step and shim sham. Additional material includes the history and development of tap dancing; rhythm and musicality; learning the language of tap dancing; the role of improvisation and choreography and finally, the basic steps to advanced techniques. This is the perfect companion to instruct the beginner tap dancer and expand the more experienced dancer’s technique, offering full-colour pictures, helpful instruction and essential notes on this vibrant and accessible dance form.

Brotherhood in Rhythm: The Jazz Tap Dancing of the Nicholas Brothers

Tap dancing legends Fayard (1914-2007) and Harold (1918-2000) Nicholas amazed crowds with their performances in musicals and films from the 30s to the 80s. They performed with Gene Kelly in The Pirate, with Cab Calloway in Stormy Weather, with Dorothy Dandridge (Harold’s wife) in Sun Valley Serenade, and with a number of other stars on the stage and on the screen. Author Hill not only guides readers through the brothers’ showstopping successes and the repressive times in which their dancing won them universal acclaim, she also offers extensive insight into the history and choreography of tap dancing, bringing readers up to speed on the art form in which the Nicholas Brothers excelled.

The Story of American Vernacular Dance

The late Marshall Stearns was author of The Story of Jazz, and was the founder of the Newport Jazz Festival and Institute of Jazz Studies. He was also a professor of English at Hunger College in New York and a medieval literature scholar. He died in 1966 while completing his book Jazz Dance co-authored by his wife Jean. Jean Stearns, is an authority on jazz and assisted her late husband Marshall in researching and writing Jazz Dance. 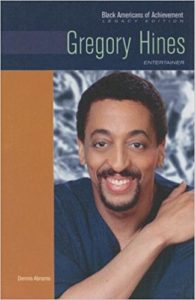 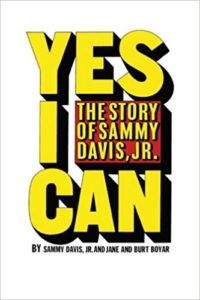 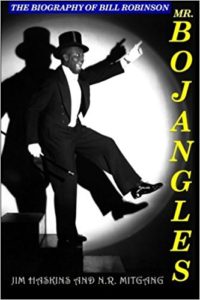 Yes I Can: The Story of Sammy Davis Jr.

When Sammy Davis, Jr. published his autobiography in 1965, it was an immediate long-running bestseller as well as a revelation. Yes I Can describes Sammy Davis’s personal conviction, the view of success that both propelled him to stardom from ghetto obscurity and served as his armor against racism.

Bill “Bojangles” Robinson is undoubtedly one of the most famous tap dancers who ever lived. This first full-length biography reveals the charmer, gambler, brawler, athlete, and consummate entertainer who pushed past the colour barrier in the first half of the twentieth century. 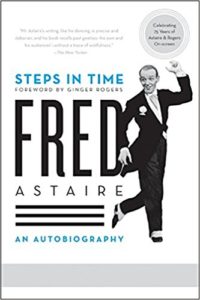 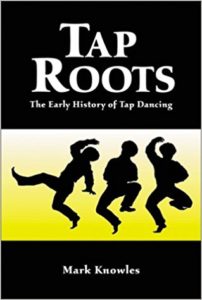 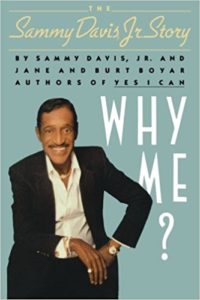 One of the foremost entertainers of the twentieth century–singer, actor, choreographer, and, of course, the most dazzling “hoofer” in the history of motion pictures–Fred Astaire was the epitome of charm, grace, and suave sophistication, with a style all his own and a complete disregard for the laws of gravity. Steps in Time is Astaire’s story in his own words, a memoir as beguiling, exuberant, and enthralling as the great artist himself, the man ballet legends George Balanchine and Rudolf Nureyev cited as, hands down, the century’s greatest dancer.

From his debut in vaudeville at age six through his remarkable career as the star of many of the most popular Hollywood musicals ever captured on celluloid, Steps in Time celebrates the golden age of entertainment and its royalty, as seen through the eyes of the era’s affable and adored prince. Illustrated with more than forty rare photographs from the author’s personal collection, here is Astaire in all his debonair glory–his life, his times, his movies, and, above all, his magical screen appearances and enduring friendship with the most beloved of all his dancing partners, Ginger Rogers.

Tracing the development of tap dancing from ancient India to the Broadway stage in 1903, when the word “”Tap”” was first used in publicity to describe this new American style of dance, this text separately addresses the cultural, societal and historical events that influenced the development of Tap dancing. Section One covers primary influences such as Irish step dancing, English clog dancing and African dancing. Section Two covers theatrical influences (early theatrical developments, “”Daddy”” Rice, the Virginia Minstrels) and Section Three covers various other influences (Native American, German, Shaker). Also included are accounts of the people present at tap’s inception and how various styles of dance were mixed to create a new art form.

Why Me? The Sammy Davis, Jr. Story

Why Me? is the self-portrait of one of the extraordinary men of our time, who became a figure of controversy because he dared to live his life not as a Negro but as a man. “I’ve got to be a star like another man has to breathe,” write Sammy Davis. “I’ve got to get so big, so powerful, so famous that the day will come when they’ll look at me and see a man, and then somewhere along the way they’ll notice he’s a Negro.”